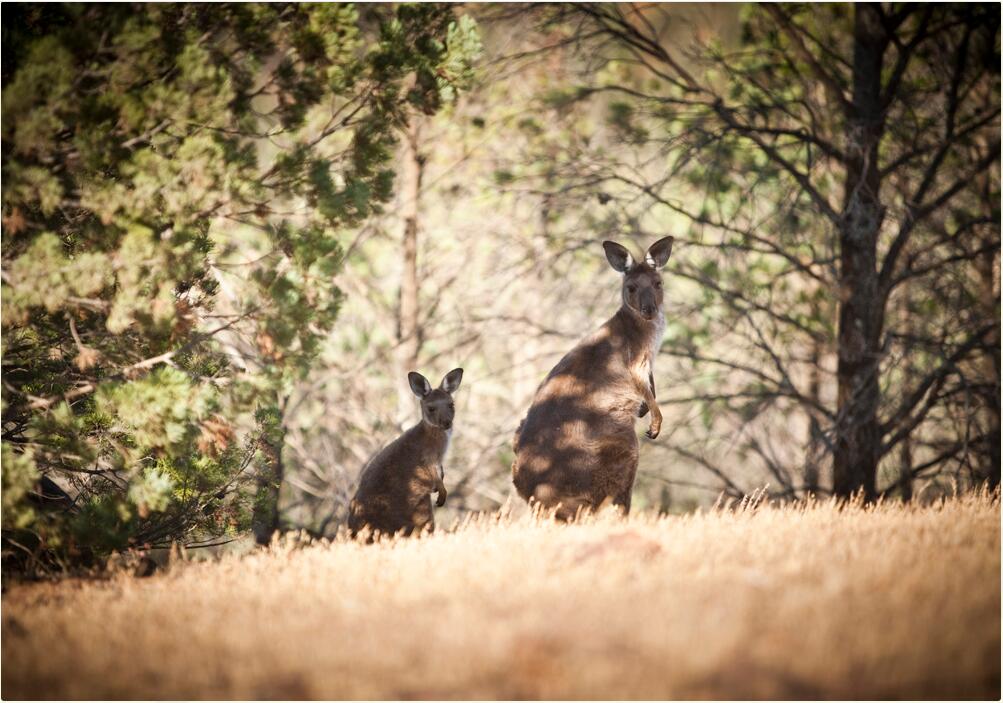 A unique nature, long sandy beaches, fast-paced big cities and above all friendly people meet the Australian traveler. Sydney, one of the world’s most beautiful cities, is a metropolis with four million inhabitants that enjoys a pleasant climate all year round. The beautiful Opera House, Harbor Bridge and the old harbor quarters “The Rocks” are some of the city’s characteristics.

The history of the Aborigines is fascinating and the outback is their land where there are the original and the interesting animals that are not found anywhere else in the world. The clash between the new and the old world is clear. Like two parallel worlds, they live next to each other and it is easy to go between to get a bigger picture of this interesting country.

Here there are deserts, big cities, barrier reefs, kind animals, dangerous animals, cute animals, tropical rainforests and completely deserted plains. Australia has it all, but it is also a giant continent.

Sydney
Sydney is located in the state of New South Wales and is the cradle of modern Australia. It was here that the first penal colony was founded in the late 18th century. Today, about four million people live here and the city is compared in beauty with Rio de Janeiro and Cape Town. Of course, the obligatory sights include the Opera House and Harbor Bridge. The old harbor quarters in The Rocks are today refurbished and have a rich selection of hotels, restaurants and pubs.

Uluru / Ayers Rock
Endless are the expanses of ocher-red sand that stretch their full length into the dark red heart of Australia. Here in Uluru-Kata Tjuta National Park is the land of the Anangu people, best known for the magical red monolith. Ayers Rock or Uluru as the Aborigines themselves say, rises like a giant vertical wall in the middle of the flat desert plain. A stone’s throw away is also Kata Tjuta with its softly rounded mountains separated by deep gorges and narrow valleys. A visit here leaves no one indifferent!

Kangaroo Island
On Kangaroo Island, south of Adelaide, you will find much of Australia’s original flora and fauna preserved. Many of Australia’s unique wildlife is also easily accessible here, such as kangaroos, koalas, wallabies and echidna. It is a large island, but it has few inhabitants. The nature is magnificent with unique rock formations, bush, cliffs and beautiful beaches. But most of all, Kangaroo Island is known for its rich wildlife.

Kakadu National Park
About 20 miles east of Darwin is the world-famous Kakadu National Park. The park consists of three main landscapes, the lowlands, the river plains and the spectacular Arnhem Plateau. Kakadu National Park is owned by Aboriginal tribes from the area. In addition to its fauna, Kakadu is also known for all rock paintings, over 400 have been found and they are considered to be the best prehistoric in the world. Nourlangie Rock and the more inaccessible Ubirr Rock are among the most famous.

Arkaba, in Flinders Ranges, is a 60,000 hectare private game management area with space for a maximum of 10 guests at a time. The name is taken from the traditional owners, the Arkaba peoples and means “land of abundance” in the local dialect. From being a sheep farm with 35,000 sheep, a renovation of Arkaba Homestead was carried out, with 5 rooms. In 2014, all sheep were finally removed from the estates. Nature was leached, eroded and emptied of many native animals and plants. The removal of the sheep enabled a repopulation of e.g. Red Giant Kangaroo and Western Gray Kangaroo. Arkaba’s story is about a great commitment to a remarkable conservation measure and a proof that with love and care for the environment, Mother Nature can heal.

Short for AU by abbreviationfinder, Australia is its own continent that extends over three time zones. This world’s sixth largest country has an area that is 17 times larger than Sweden’s. The longest distance from east to west is 380 km, from north to south 310 km. According to countryaah, Australia is surrounded by the Pacific Ocean to the east (Coral and Tasman Seas) and the Indian Ocean to the west.

Climate The
country is known for its many hours of sunshine. Drought characterizes the climate in large parts of the country and recurring dry periods create problems for agriculture. In recent years, these periods are considered to have become more common. In the wake of the drought, forest fires have become a major problem.

Visa
Yes – Swedish citizens need to apply for a visa.

Vaccinations
Mandatory – The yellow fever vaccination is required if you arrive from certain countries in Africa or South America.

Recommended – The polio, tetanus and diphtheria vaccinations are reviewed. Check with your vaccination center for personal needs.