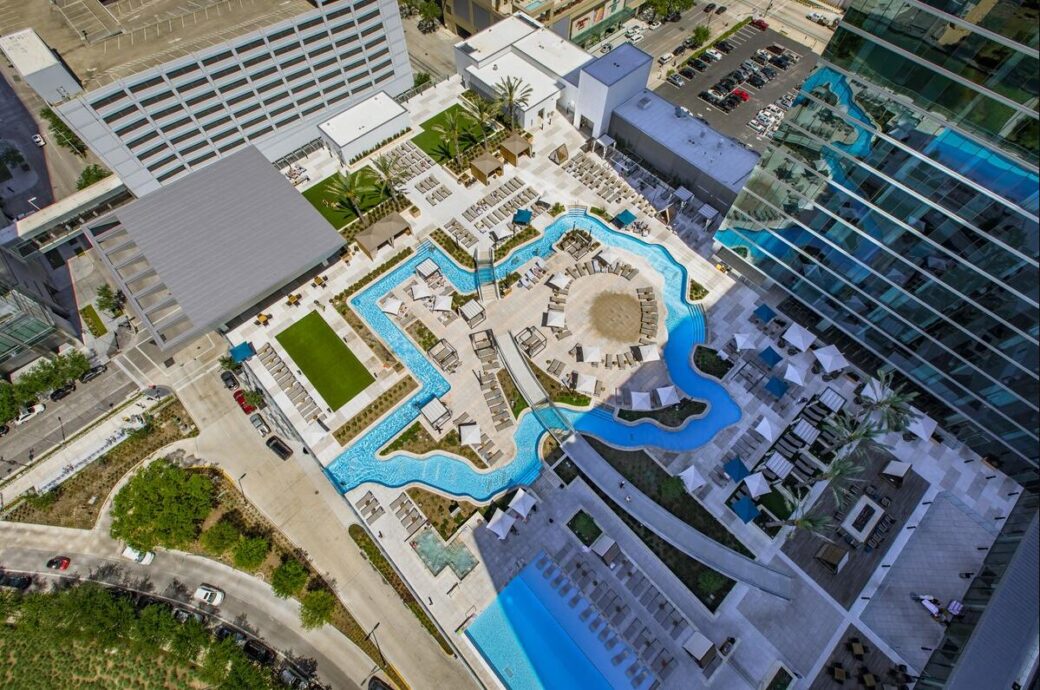 So many nationalities, so many restaurants – travelers experience a culinary trip around the world and many other highlights in the fourth largest US metropolis.

The Texas metropolis Houston is the epitome of epicurean diversity. With 10,000 restaurants with culinary delights from 70 nations and regions, the choice is difficult. Anyone who has an appetite is guaranteed to get their money’s worth in the Texan Mecca for haute cuisine, barbecue, burgers & Co.

Houston is also famous for its Tex-Mex cuisine. In Beck’s Prime are best burgers served and the Downtown Aquarium confident with the most child-friendly menu .

Romance shouldn’t be neglected either: The perfect candlelight dinner in a dreamy setting is available at the Rainbow Lodge in downtown.

If you want to treat yourself to a top-class dessert after dinner, stop by the Dessert Gallery with cakes, pies, sweets of all kinds – or take a detour to The Chocolate Bar and the Sprinkles cupcake shop .

Thirsty for original beer from the H-Town? Then off to a pint at the Saint Arnold Brewery , the oldest in the state of Texas.

Homemade chocolate and insects on the plate : Typical Mexican dishes are served in Houston’s restaurant Xochi – for example Queso del Rancho with grasshoppers, cicadas and worms. Those who prefer it less protein-rich will find numerous other dishes in the restaurant, which is dedicated to the taste of the Oaxca region, carefully prepared by award-winning chefs.

The Breakfast Klub is hearty : known far beyond the borders of Houston, the cozy restaurant offers a large breakfast selection – students, families and company bosses alike stand in the long line that forms in the morning.

In addition to the classic dinner-at-night in award-winning star restaurants and trendy places-to-be, the “H-Town” has many other unusual surprises in store for its visitors. Here you will find culinary attractions that must be on every sightseeing program:

If you are on a voyage of discovery in the city and need some refreshment, you only have to turn once in all directions: whether for an urban lunch, a small snack after shopping or after a night of dancing in the club – at the so-called ” restaurants on wheels ” is definitely every hunger satisfied. From health food such as smoothies or salads to savory foods from all continents to cupcakes, waffles and crepes: the food trucks have everything! Many are not only a feast for the eyes because of the menu, but also worth a snapshot from the outside.

Sightseeing meets feasting: On the specially guided forays , visitors feast their way through the restaurants in the various districts. Whether downtown, in Heights or Montrose – every area of ​​the city is shaped by the lifestyle and culture of the Houstonians who live there. There is simply no better way to get to know the city. The highlight of the offer are those gourmet tours , during which the best chefs in the city personally reveal their absolute favorite restaurants.

Whether pies, cupcakes, sorbets, waffles or ice cream: Houston is also famous for its range of sweet temptations . If you come to Houston, you should just feel bad at home and let the calories melt in your mouth. Like cowboy boots at a rodeo, charming shops with confectionery are lined up in the vibrant city. Simply follow the scent of vanilla, chocolate and powdered sugar – the place setting will be a success with a cool milkshake or coffee. The Three Brothers Bakery offers excellent coffee and homemade delicacies .

Night owls meet cool music and interesting companions in the numerous clubs and pubs in downtown.

From budget-friendly to luxurious, from traditional to design-oriented: in Houston, hotels are reaching for the stars.

Houstonians and visitors to Texas’ largest city have been drawn to the roof of the Marriott Marquis in Downtown Houston since December 2016 . The infinity pool with one of the best views of the skyline is in the shape of the US state. The Lazy River is only something for those with a head for heights, because at the level of the city of El Paso a glass floor lets you see deep. 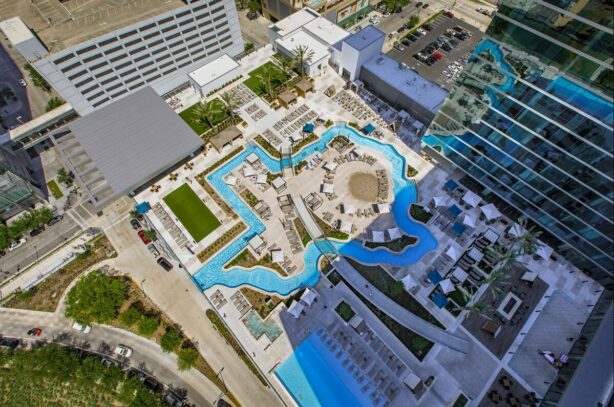